PRISONERS OF THE WHITE HOUSE

FROM MOUNT VERNON TO CRAWFORD

Defining Moments of the Modern Presidents

from Franklin Roosevelt to Donald Trump. 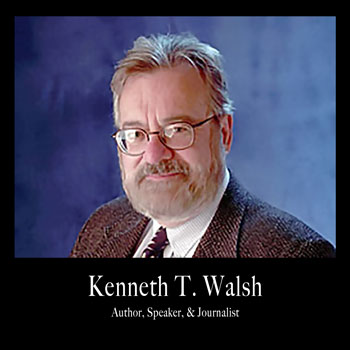 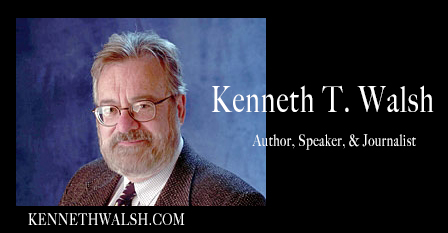 Kenneth T. Walsh is a widely known author and speaker and the award-winning White House correspondent and columnist for U.S. News & World Report.

Historian Douglas Brinkley has written, “No journalist today covers U.S. presidential politics with the same bedrock self-assurance, analytical thought, and literary aplomb as Ken Walsh.” He has covered the White House since 1986 and has won the most prestigious honors for reporting on the presidency, the Aldo Beckman Award in 1991 and 2007, and the Gerald R. Ford Prize in 1993, 1998, and 2009. In 2006, he won the Fitzwater Prize for Leadership in Public Communication presented by the Fitzwater Center at Franklin Pierce College. He was inducted into the Hall of Fame of the Washington Chapter of the Society of Professional Journalists in 2009.

Walsh joined the magazine in 1984 as a congressional correspondent and has covered the presidency, presidential campaigns, and national politics since 1986.

Before joining the magazine, Walsh was a political reporter, columnist, and Washington correspondent for the Denver Post. Before that, he was a Denver-based reporter and editor for the Associated Press.

As an adjunct professorial lecturer in communication at American University in Washington, D.C., Walsh has taught courses on politics and the media, media ethics, how the media shape history, and the “PR presidency.” In 1998 he was named outstanding adjunct professor of the year.

Walsh was president of the White House Correspondents’ Association from 1994 to 1995. He served on the WHCA board for many years and started the association’s highly successful scholarship program. He has twice served as a judge for the Robert F. Kennedy journalism awards.

Walsh makes frequent television appearances on networks including ABC, NBC, CNN, MSNBC, CNBC, Fox News, and C-SPAN, and is often a guest on radio programs across the country. He appears every Sunday morning on WTOP in Washington to analyze news related to the presidency and politics. Walsh also gives frequent lectures on the presidency, the media, and politics.

Presidential Leadership in Crisis Defining Moments of the Modern Presidents from Franklin Roosevelt to Donald Trump;

In reporting on the presidency, Walsh has traveled to more than 70 countries and covered a wide range of events, including many superpower summits and international conferences. He has conducted numerous interviews over the years with Presidents Barack Obama, George W. Bush, Bill Clinton, George Herbert Walker Bush, and Ronald Reagan.

Walsh earned a master’s degree in communication from American University in Washington, D.C., and a B.A. in journalism from Rutgers University in New Brunswick, New Jersey. He lives with his wife Barclay Walsh in Bethesda, Maryland. and Shady Side, Maryland. They have two children, Jean and Chris. 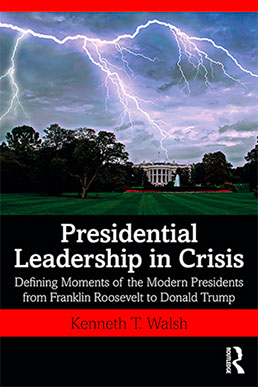 Defining Moments of the Modern Presidents

from Franklin Roosevelt to Donald Trump.

of the Modern Presidents from Franklin Roosevelt

How They Shape History

A History of the Presidents and the Culture of Stardom, With a New Epilogue on Hillary and “The Donald”

The Isolation of America's Presidents

the Crisis of Leadership

A History of the Presidents

A History of the Presidents 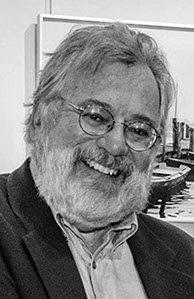 Ken Walsh is one of the longest-serving

He writes the daily blog

and "The Presidency" for usnews.com.

for Distinguished Reporting on the Presidency

Veteran Washington journalist and presidential scholar Kenneth T. Walsh has been selected to receive the 2006 Marlin Fitzwater Award for Leadership in Public Communication at Franklin Pierce College’s third annual Fitzwater Center Honors. The event will take place at 6:30 P.M. on April 21 at the College’s Manchester Campus.

The annual recognition is an expression of the mission and philosophy of the Fitzwater Center for Communication at Franklin Pierce, namely that robust debate and informed participation are necessary for effective government. “Ken Walsh is a legend among Washington journalists, and a public communicator of the highest order. He exemplifies every aspect of our highest achievement award,” said Marlin Fitzwater who will present the award during the event.

"The prize recognizes a correspondent who personifies the journalistic excellence as well as the personal qualities exemplified by Aldo Beckman, the award-winning correspondent of the Chicago Tribune and former WHCA president."

into the Hall of Fame

of the Washington Chapter

of the Society of Professional Journalists

Each year the D.C. Pro Chapter selects for induction into the Hall of Fame up to four outstanding journalists from all media who have worked in Washington for at least 25 years. It honors one person who, through his or her work, has provided distinguished service as a journalist, by working to improve the skills of local journalists, or by working to facilitate news gathering and dissemination in the Washington metropolitan area.

Distinguished Reporting on the Presidency

of the Society of Professional Journalists 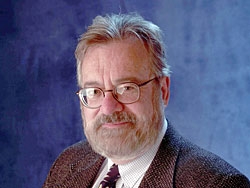